Wall Street and Chocolate: The Frenzy Over Cocoa

The British media renamed cocoa mogul Anthony Ward “Chocolate Finger” after the James Bond villain Goldfinger. Perhaps this is because Ward just bought 240,000 tons of cocoa on the London Exchange worth about $1 billion. How did Ward corner the chocolate market like that?

Ward is the cofounder of Armajaro, a private investment firm that focuses its interests mostly on running several hedge funds that sell cocoa to the chocolate industry, but also trades coffee and various other agricultural commodities.In 2002, Ward made a similar financial move in cornering a commodities market, and traders speculate that his company walked away with a $40 million profit, although the 2002 purchase wasn’t nearly as large as the one he just made in cocoa.

The London Exchange does not limit any single buyer’s purchase on the futures market, making it possible for Ward to snatch up almost all of Europe’s registered cocoa, which equals about 7 percent of worldwide production of cocoa.This means that Ward will likely not control the price of cocoa resulting from this purchase. However, speculators in the chocolate industry fear that if next year’s crop of cocoa is weak, the price will go up – and Ward will make a substantial profit.

Cocoa itself only adds up to 10 percent of the price of standard chocolate bars, although Ward’s actions did cause the price of cocoa on the London market to hit a 30-year high. Many cocoa entities have written letters and vocalized their discontent with Ward’s actions, calling for action on the part of the London Exchange. However, to date, no action is forthcoming.

About Anthony Ward and Armajaro: The Chocolate King and his Empire 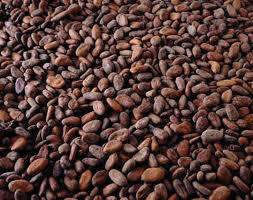 Armajaro, Ward’s private investment company with partner Richard Gower, oversees over $1.5 billion in mostly hedge fund assets. This has simply propelled Armajaro to become the largest cocoa supplier worldwide, with cocoa purchasing companies in Indonesia, Ecuador and the Ivory Coast. Now, with enough cocoa beans in Ward’s possession to fill five Titanics, could the cocoa market be cornered and prices driven up by Ward?

Armajaro’s offices in West Africa, where the majority of cocoa beans are grown and harvested, keep close watch on the cocoa crops, even going so far as to use personal weather stations to monitor the cocoa beans progress. Time will only tell if Ward will become the feared hoarder of precious cocoa beans should the fall crop fail in October. Ward is simply counting on a world of people in love with chocolate to make his bet pay off.